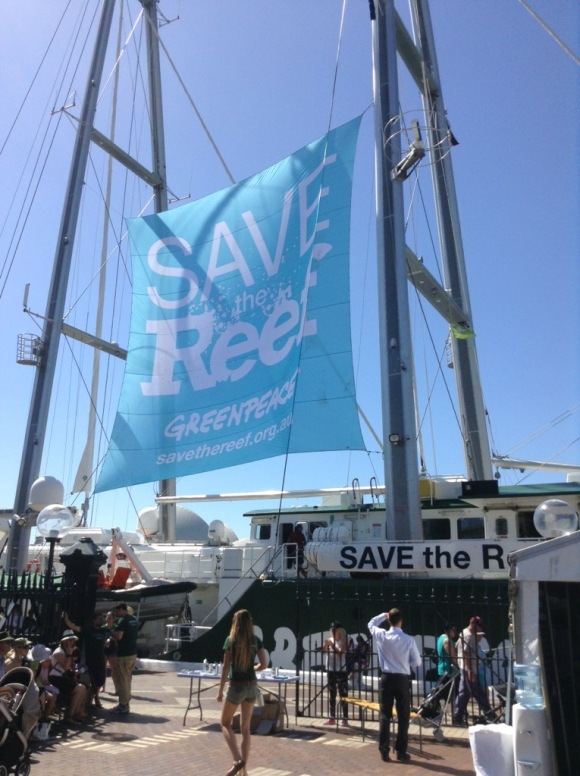 Rainbow Warrior is currently docked in Sydney Harbour as part of Greenpeace’s campaign to stop the building of nine coal terminals in Queensland. The resulting shipping traffic (I per hour) would seriously damage the Great Barrier Reef, a World Heritage Site, which is supposed to be protected.

Apparently there are more different species of animals and plants in a cubic metre of the Great Barrier Reef than in any other environment in the world – including tropical rain forests.

I had a great tour of the boat (with wonderful views of the Bridge and Opera House) and learnt more about Australia’s plans to more than double coal production from Queensland and New South Wales in the next decade. Already the world’s largest coal exporter, this would add an extra 900 million tonnes of carbon emissions to the atmosphere.

One academic reportedly said ‘If you’re not angry, you’re not listening.’