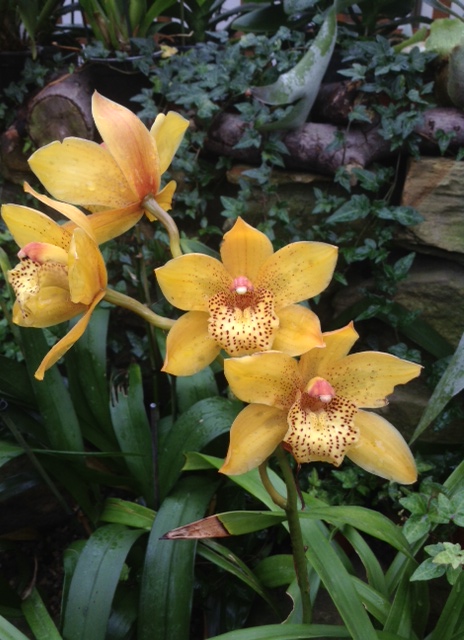 Very good yesterday to be back in Durham again – a perfect sort of Monday.  It was a bit chilly in the Botanic Garden so I took refuge in the glasshouses with the orchids and insects.

One of the tarantulas was looking very strokable, almost cuddly – safely behind glass.

I’d gone down to hear Philip Ball’s lecture on the Cultural History of Invisibility – The Dangerous Allure of the Unseen, which was fascinating – and not unconnected with the notions of camouflage and disguise I’d been pondering looking at the stick insects.  His line was basically that the Invisible has always been a metaphor for the Unknown, Otherness – and freighted with issues of moral responsibility.

How many can you spot among the brambles, their favoured food?  My research tells me that stick insects reproduce by parthenogenesis.  Many species consist only of females.  One of their defence mechanisms is thanatosis – playing dead.    In North America they call them walking sticks, which is strange as, being nocturnal, it’s rare to see them move at all; so playing dead is hardly difficult.  Who knew a stick could be so clever and interesting?  But definitely not cuddly.